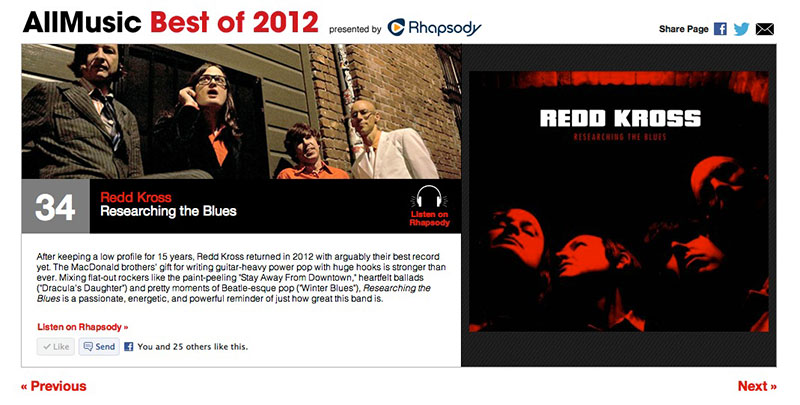 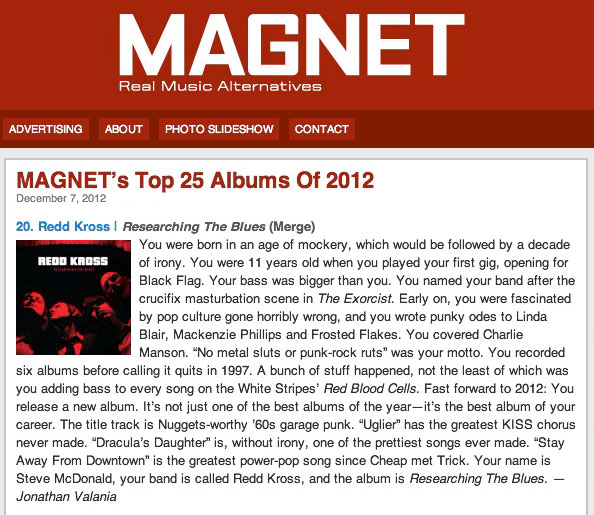 “Stay Away From Downtown” makes the A.V. Club’s favorite songs of 2012 list.

This week’s question is a simple one: What was your favorite song of 2012?

Jason Heller
I gave Researching The Blues, the latest album by L.A. punk survivor Redd Kross, a decent grade in my A.V. Club review back in August. But if I’d only been judging the album’s best song, “Stay Away From Downtown,” it would have blown the top off the grading scale. Immaculately crafted, leanly muscled, and sparkling with jangle, the instant power-pop anthem sums up everything the McDonald brothers have been aiming for with Redd Kross since the band’s 1982 debut,Born Innocent. The McDonalds aren’t kids anymore, but they bottle the lightning of wild-in-the-streets youth in “Stay Away From Downtown.” The song’s euphoric, Kiss-adoring video doesn’t hurt.

For those of you in need of a live Redd Kross fix, you can now watch the entire August 28th in store performance from Amoeba in Hollywood, CA!

“Redd Kross played at Amoeba Hollywood on August 28. Steven McDonald mixed the recording & we are proud to present one of our best shows of 2012.” – Amoeba.com 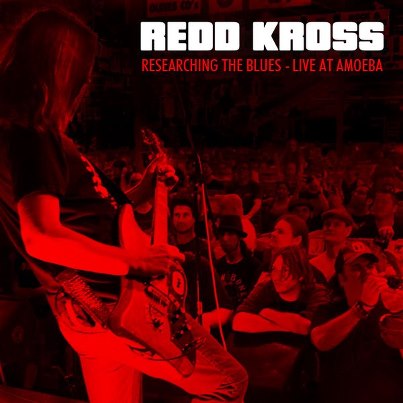 You can also purchase an exclusive Live At Amoeba MP3
of “Researching The Blues”.