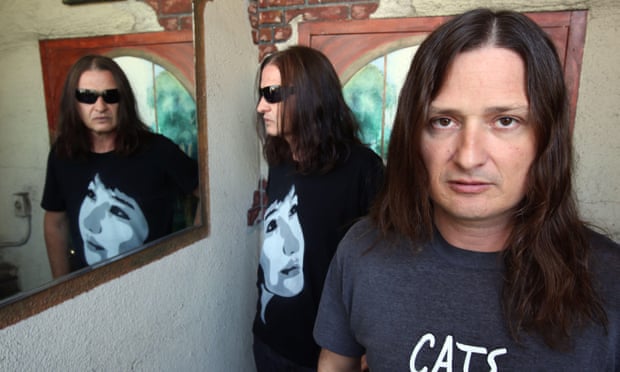 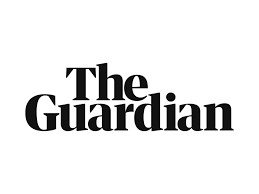 They were heralded as the forefathers of grunge, but a fondness for snubbing fashion – and crank calling their peers – meant that the McDonald brothers never made the big time. Not that they care

For a group Thurston Moore once called “the most important band in America”, Redd Kross have a knack for not helping themselves. Take grunge, of which they were unlikely forefathers. Jonathan Poneman, founder of Sub Pop Records – the label that kickstarted the grunge scene with Nirvana and Mudhoney – said their 1987 album Neurotica, which mixed sludgy hard rock and bright choruses, was “a life changer for me and for a lot of people in the Seattle music community”. But by the time grunge broke, they were making music inspired by early 70s AM rock and bubblegum pop, and 1990’s big-budget, major-label album Third Eye died a death.

Or consider the late 80s, when one promoter looked at an LA band with long hair who loved Kiss. Surely they would fit right in with hair metal? And so they appeared – fairly inappropriately – at the Country Club in Reseda with Poison and Leatherwolf. “We wore makeup on occasion, but our idea of it was to be like a transvestite hooker in a back alley,” says bassist Steven McDonald. “Poison looked more like the cast of Dynasty – honey-toasted and frosted, a midwest mall-chick vibe.”

“We were also very bad pranksters at the time,” says his older brother Jeff, singer and guitarist. “A lot of those hair metal bands would leave their phone numbers on their ads. So we would crank call groups like Poison.”

“I would say we damaged our career on more than one occasion through the act of crank calling,” Steven says. “We used to crank call our own record label.”

“As members of Poison,” Jeff adds.

“We would call the label pretending to be members of Poison or Stryper,” Steven continues, “really disgruntled that we were seeing too much of the other band’s activities out there, and complaining they weren’t paying any attention to us.”

The McDonalds convinced the label the calls had been made by a friend of theirs – letters of apology to their victims were demanded. “Our friend said he’d do it,” Jeff says. “On a tortilla. In ballpoint pen. Needless to say, Enigma Records were not super-enthusiastic about the next Redd Kross album.”

Though there are common threads running through their albums (up to their seventh, Beyond the Door, released this month) – namely a profusion of pop-culture references, a love of glam rock, and the sense that they had been imagined for a Richard Linklater film – they’ve also been a little different each time, but often at the wrong time. Even the approval of the grunge scene brought no benefits. “We were never able to open for Nirvana,” Steven says. “We shared the same manager. Flash forward to Nirvana being the biggest thing in the world – OK, can we please go on tour with your band? We were told we couldn’t, because Courtney Love said we were mean to her when she was fat.”

“We used to crank call Courtney,” Jeff says. “But not about being fat. We didn’t even know she was fat.”

“When she met Kurt Cobain we realised: Oh man, that Courtney chick – we have to be friends with her now,” Steven says. “But she had her revenge. She blacklisted us from Nirvana tours.”

Jeff was 14 and Steven 11 when they formed Redd Kross (first as the Tourists, then as Red Cross) in Hawthorne, California, in 1978. And pity the person who hosted an early show: one Lisa Stengel, who for her eighth-grade graduation party approached the only band in her junior high school. They were “heckled non-stop by local teenagers,” Steven says.

“It was like Bob Dylan in 1965,” Jeff says, adding that it was “great training” for being a support act. “The audience would be freaking out and booing, and we were always able to handle it. We knew we were better than the audience who were booing us. We got an intense education in bravery at a very young age.”

Steven continues the tale. “We had asked Lisa if we could have our friends come along that also had a band, and she said sure,” Steven says. “So we invited Black Flag. When they came in, kids are just evacuating. They knew they couldn’t heckle these guys. The six or seven stoners were blasted out – they were literally standing four feet from walls of extremely high-watt amplifiers. There was no booing. We learned the power of the sonic assault and the shields that electric guitars can provide. It should eliminate all fear if you’re playing.”

More than 40 years on from Lisa’s party, the McDonald brothers are still in love with playing music. “When we play shows now, the percentage of hitting that transcendent moment when you’re really not aware of the mechanics, that exhilarating thing I’ve been chasing my whole career, happens way more often than not,” Steven says. “And that’s one of the ways I can judge whether things are in a good place: the batting average.”

More than that, they still sound as if being in a band together is the most fun you could possibly have. And, Jeff suggests, maybe the fact that they are only now releasing their seventh record has been a good thing. “I thank God we weren’t prolific,” he says. “I think we would have muddled the soup. Taking the time to grow as artists or people was important for us – we haven’t spent all of our allotted creative juices. We weren’t prolific, we were precocious.”

Brooklyn Vegan: Redd Kross cover Sparks’ “When Do I Get To Sing ‘My Way’?” for new LP (listen)

Redd Kross‘ upcoming album, Beyond the Door, closes with a cover of Sparks’ 1994 single, “When Do I Get to Sing ‘My Way,” which they transform from glittering synthpop disco into a triumphant rock anthem. It also comes with the creators’ approval. “Redd Kross has always been one of my favorite bands and that opinion was cemented when I heard their amazing version of our ‘When Do I Get To Sing ‘My Way,’” says Sparks’ Ron Mael. “To do a version of that song with a completely different musical approach from the original while keeping every ounce of the original sentiment was an amazing feat. I love it!” The song premieres in this post and you can listen below.

Beyond the Door is out August 23 via Merge and Redd Kross’ tour with Melvins and ShitKid kicks off in September and hits Brooklyn’s Warsaw on October 10 and Asbury Park’s Stone Pony on October 11. Tickets for both are still available.

All dates are listed below.