Innocent Words writes “Researching the Blues is everything a Redd Kross fan has been hoping for for nearly two decades: catchy power pop with engaging/entertaining lyrics that keep you focused on the speakers.

Fans of the band will not be disappointed. Standout tracks include “Stay Away from Downtown,” “Dracula’s Daughter,” and “One of the Good Ones.” The McDonald boys truly shine on this album, showcasing their abilities to write infectious, gritty melodies while occasionally pulling back the curtain on their hard rock and surf punk roots.” 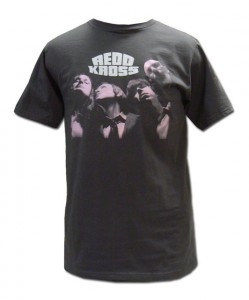 KEXP Song of the Day: Redd Kross – Stay Away From Downtown

KEXP writes: “Despite being completely different than anything else released this year, Researching the Bluesis a exactly what we needed this summer, a predictably cool record to listen to with friends while kicking back and talking about old times. Despite the long hiatus, this album wastes no time ripping right into it with 10 songs and 32 minutes of power pop joy. Today’s featured song, “Stay Away From Downtown,” might just be the highlight of the album, full of all sorts of great riffs and crunchy guitars, and may still be one of their best songs ever written. If you’re not familiar with Redd Kross by now, this is a great time to take a listen and for those who forgot, you’ll be caught up instantly.”

Redd Kross have always been a band that should have been bigger. Musicians love them. Music critics too. But larger success has always eluded the L.A. power-pop group, despite releasing a pair of great records in the early ’90s. And for a time, it seemed like there might not be any more Redd Kross records. The band’s last album, Show World, was released in 1997 and the band had been pretty quiet, even if its members hadn’t. But alas, all that changed this year when the band released Researching the Blues, a straight ahead rock & roll record, and a return to form for the band, who have always been led by brothers Jeff and Steven McDonald. For the latest edition of Tell Me About That Album, we caught up with the pair to chat about the record, but the conversation turned to lots of other things too, like David Cassidy, Green River and the ghost of Johnny Ramone. Redd Kross play a free show at Chop Suey on Friday.