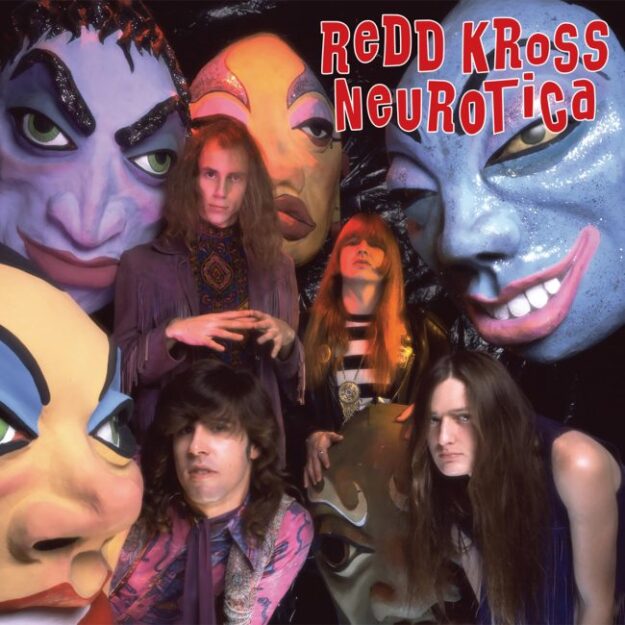 Merge Records is thrilled to release the 35th anniversary edition of Neurotica, the 1987 power pop and alternative rock opus by Redd Kross, on June 24, 2022. The reissue contains the original album, remastered by JJ Golden (Pearl Jam, Thee Oh Sees), as well as 12 previously unreleased demos from the era (rediscovered recently in the archives of the band’s original A&R guy, Geoffrey Weiss).

This special edition of Neurotica will be available worldwide on a single CD as well as 2–LP-the album on translucent turquoise, the demos on translucent orange-housed in in a slick gatefold jacket. Exclusive to the Merge store is a new Neurotica t-shirt, which can be purchased on its own or bundled with the vinyl or CD. Redd Kross completists should check out our Neurotica superbundle that includes both formats of the album plus the t-shirt at a discount.

Today, the remastered version of Neurotica is available on digital service providers for the first time: 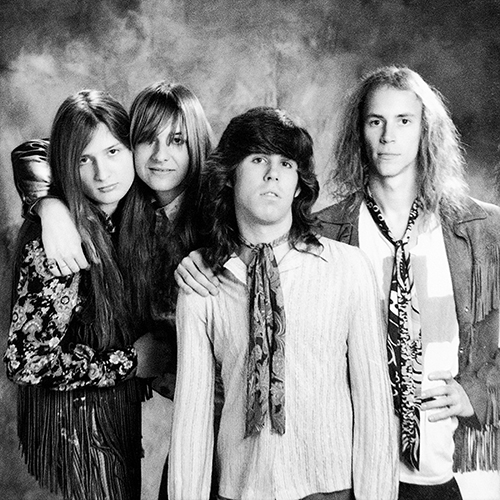 In some ways, Neurotica can be viewed as a This Is Your Life-esque document of what brothers Jeff McDonald and Steve McDonald had been working towards creatively since starting Redd Kross in their Hawthorne, CA, living room circa 1978. The songs quake with punk rock fury, no doubt about it… I mean, how could they possibly have shaken off all that untamed energy of their early years (the Red Cross years, one might call them) after it helped build such a strong foundation for Southern California hardcore punk & DIY culture (and, arguably, indie rock as a whole) alongside bands like Black Flag, Circle Jerks, and Descendents? But that fury is only one part of the Neurotica formula. To find the other parts, you’d have to go back to the early- to mid-’70s when the McDonalds, then adolescents, lived for nothing but Saturday morning cartoons, sugary cereals, bubblegum pop singles and Beach Boys LPs, Partridge Family TV specials, and the bombastic arena-rock guitars of acts like KISS and Cheap Trick. Whereas classic ’60s/’70s radio and pop culture schmaltz served as fodder for most self-respecting punk rockers of the time to sneer at (even if they secretly were fans), it formed a tremendous part of the Redd Kross DNA. The band wore these influences on their day-glo sleeves and didn’t really care who was offended. They decontextualized the macho and sometimes saccharine sounds of classic rock, celebrating its bombast without ever giving in to its pretentious pitfalls. They played what sounded good to them. If, along the way, they just so happened to convince you that those David Cassidy singles on your AM radio are actually kind of great and subversive in their own way, that was just an added bonus.

This unabashed appreciation of the “uncool” (at least in punk rock terms) made Redd Kross, and Neurotica, shine so brightly in the 1980s. Sub Pop co-founder Jonathan Poneman told Entertainment Weekly in 1993: “Neurotica was a life changer for me and for a lot of people in the Seattle music community. For [a band] to embrace something so unapologetically crass and packaged—there was something really punk about doing that then.” Redd Kross’ undeniable pop earworms and raucous live shows would set the tone for a generation of young punks (e.g., Kurt Cobain, Paul Westerberg, even Merge Records’ and Superchunk’s own Mac McCaughan and Laura Ballance), letting them know that writing something melodic, silly, hooky-even happy-is OK. You can write a chorus that your own mother could hum along to and still be considered the baddest band on the fucking planet. 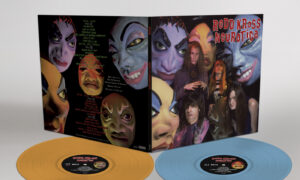 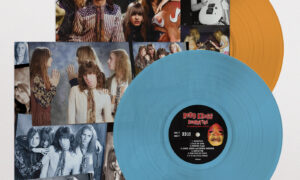 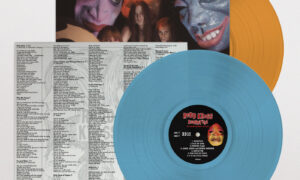 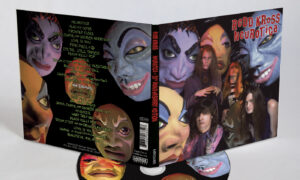