LA Times Review: Redd Kross and the Melvins let some hair fly as the year flips The long-standing punk bands share a stage, pumping energy with differing yet complementary sounds.

“It was about a quarter past midnight — 2012 had just gone — when singer and guitarist Jeff McDonald of Los Angeles band Redd Kross burst out with a joyous, simple, one-word declaration that captured the mood at the storied Alexandria in downtown Los Angeles. 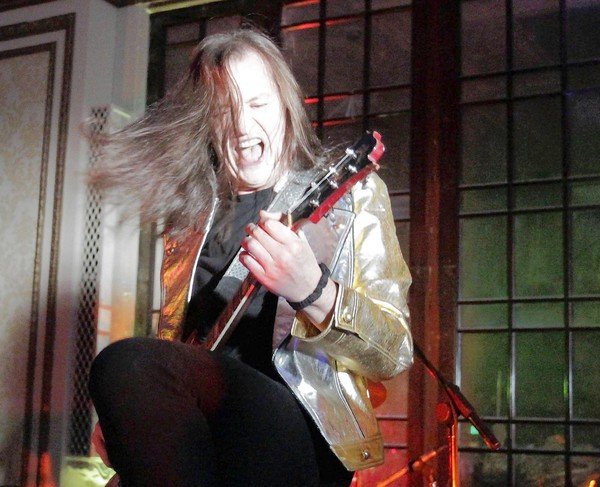 “Yes!” he shouted into the microphone after banging his head and guitar chords through “Blow You a Kiss in the Wind” on early Tuesday morning, well aware of the power that he and his brother Steve’s band had just generated. Performing a double bill with fellow Los Angeles band (and long-ago Atlantic Records label-mates) the Melvins, Redd Kross greeted 2013 with long hair flying and the kind of big, distorted chords, singalong choruses and head-banging ditties that made them one of Los Angeles’ greatest punk bands when they rose from Hawthorne in 1980 alongside kindred spirits Black Flag and Circle Jerks.”