#3waysteve is Happening! Redd Kross / OFF! / Melvins this December in So Cal 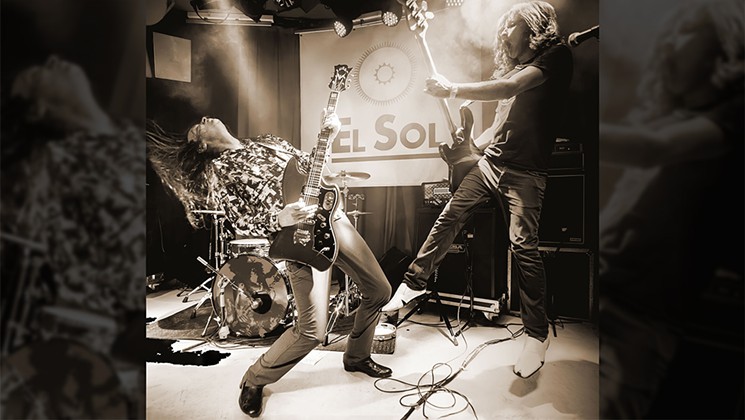 By the end of the evening, Steve McDonald will have banged his head so hard and so often, he could wind up with a concussion. The shaggy-haired local bassist is playing with all three bands tonight, starting with Redd Kross, the group he began with his brother Jeff in 1979, when they were just 12 and 16 years old, respectively. They’ll reprise their 1984 covers EP, Teen Babes From Monsanto, although Redd Kross’ redoubtable current lineup lacks much of the frenzied intensity of the early-’80s version. Steve will play even faster and harder with the Keith Morris–fronted hardcore supergroup Off! before relenting slightly for the momentous riff-wallowing of grunge survivors Melvins. Also at Pappy & Harriet’s, Saturday, Dec. 31.