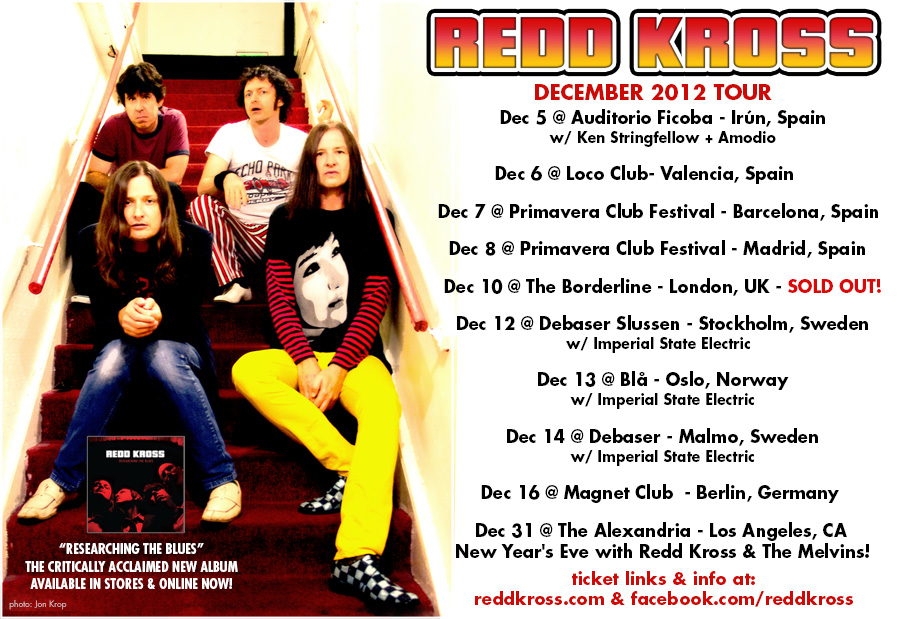 Redd Kross are thrilled to announce their Dec. 2012 Tour of Europe! The band will will be performing in Spain, Sweden, Norway, Germany, and the UK. The London show has already SOLD OUT!

Redd Kross will also ring in the New Year with The Melvins in Los Angeles!
Don’t miss out on these final shows for 2012!

‹ “Stay Away From Downtown” by Redd Kross up for Little Steven’s Underground Garage 2012 Listener’s Poll for “Coolest Song In The World”!